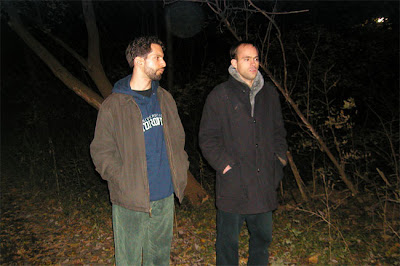 In the future, I imagine, this film will be shown to colonists on Jupiter when all the other films have been stolen by displaced Jovian natives, and the colonists will admit that even considering their immense hardships living inside titanium exoskeletons on a deadly gas planet they have yet to see something so awful as that. Perhaps, they hope, the next movie from Earth will star Terri Garr, and to forget their troubles they will write deceptively cheerful letters to their girlfriends in their private outerspace journals.
Posted by Adam Thornton at 7:03 AM 1 comment: 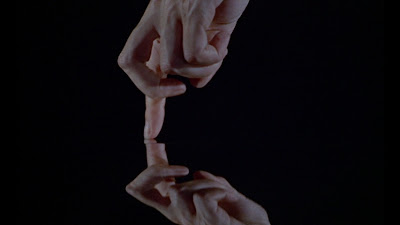 Italy is the strangest movie I have ever seen.
Posted by Adam Thornton at 6:57 AM No comments: 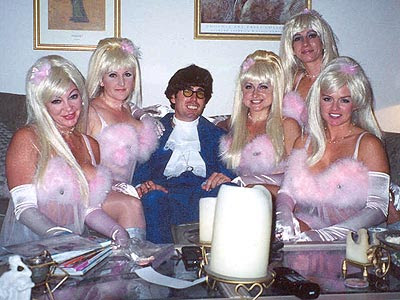 Scrutable Poetry Corner: "It Rolls On" by Morris Bishop

A poem for the uneasy modern, from the November 1, 1930 issue of The New Yorker.

This is the time of wonder, it is written;
Man has undone the ultimate mysteries.
(We turn from the Chrysler Tower to watch a kitten,
Turn to a dead fish from Isocrates;

Drinkers on five-day boats are gladly smitten
Unconscious on the subjugated seas;
Einstein is even more dull than Bulwer-Lytton;
You cannot smoke on the Los Angeles.)

Science no longer knows the verb-form "can't,"
Fresh meat will soon be shipped by radio;
Scholars are harnessing the urgent ant
And making monstrous bastard fruits to grow,
Building machines for things I do not want,
Discovering truths I do not care to know.

You can find out more about Morris Bishop and his elf-loathing here.
Posted by Adam Thornton at 7:42 AM 4 comments:

How Long Can Marriage Last...In a Cocktail Setting? 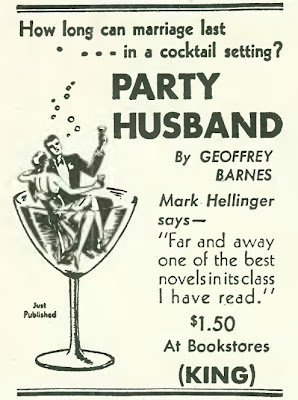 I love the qualification in the Mark Hellinger endorsement: one of the best novels IN ITS CLASS. Just so we're not confusing it with Dostoyevsky or anything.
Posted by Adam Thornton at 7:21 AM 3 comments:

The New Yorker film reviewer of 1930 ("J.C.M."), after pooh-pooing the trend toward larger-format films (so-called "three-dimensional films" that "fill the whole proscenium"), provides a great review of a movie that has always confused me: "Earth" by Alexander Dovzhenko (translated in this case as "Soil").

To conclude my memoirs on a lofty and dignified note, I should mention "Soil," a new Russian film. The picture is concerned with the favorite dramatic theme of the Soviet artists: the introduction of new methods of farming to the local wheatlands. Of more interest to these unusual people than the awakening of pure love or the dawn of passion is the coming of the tractor. I must say, too, that there are more persons in this town absorbed in this subject than one might suspect. Down there at that little Eighth Street house, where the picture has been shown, the crowd gets very excited, and there is applause, and even now and then a hiss... In "Soil," a silent picture, a caption was thrown on the screen, a comment of the older peasant as the tractor comes over the hilltop. "There is no God," he says at the sight, and this statement was suddenly met with applause by some of the guests. You will be happy to learn that at once the faithful downed the applause with pious hisses. The whole moment was very intense, and it was a great relief to everyone when the picture passed on to some closeups of apples seen from various angles.

I can certainly understand and appreciate most propaganda, but "Earth" left me totally confused. I couldn't figure out if it was a love song to the soil, a warning to farmers, or an outright parody. Maybe it was all three?

You can hardly say the same about "Hey Giorgy!" This was one of several hilarious SCTV spoofs of Russian television. 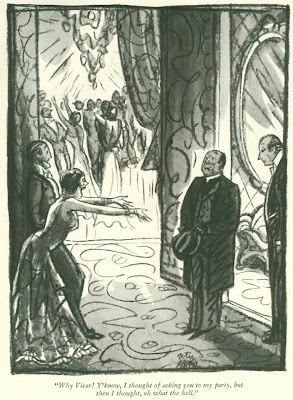