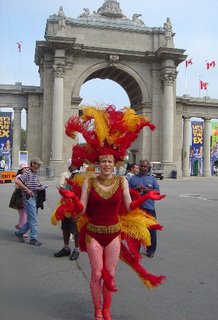 Posted by Adam Thornton at 8:32 AM

Now that I've finally recovered I can honestly say: yes, it was!

Muffy, Does this mean you have videos on YOUTUBE?
KoKO

Koko dear! I just have the one video there now. If I only had a video camera...