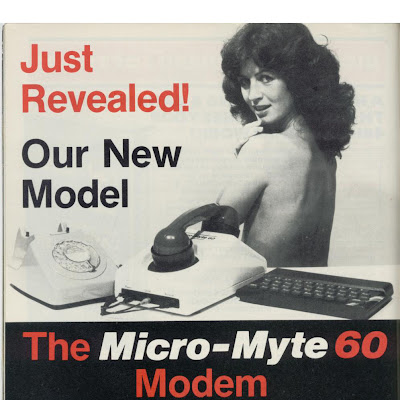 I have previously mentioned the trashy nature of early British computer magazines. This advertisement is from a publication which positioned itself as more respectable than the rest ("Your Spectrum," January 1984), but I guess you can't pick your advertisers. And maybe there IS something sexy about modems that I've never noticed before...it's an acoustic coupler, after all.
Posted by Adam Thornton at 7:42 AM

Well, maybe they should have changed the spelling of that old term for modem speed to "bawd rate"!

Looks fine to me.