Fleischmann's Yeast: For Men Who Drag Little Girls Around 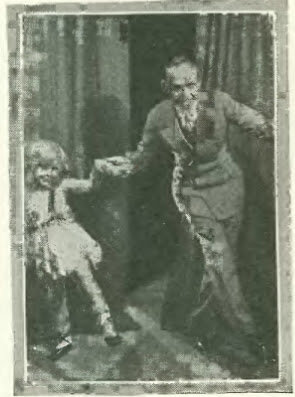 Returning from a tour of Africa and Australia, I found that I had contracted stomach trouble. Thinking it would wear off, I started east on a well-known vaudeville circuit. But instead of getting better, my trouble rapidly became acute. At Omaha I decided I would have to cancel the rest of my route. A fellow performer, however, suggested Yeast. Said I, 'I'll try it,' and that night I began. Every day I ate several cakes. Well, I was able to go right on with my act, thanks to Fleischmann's Yeast, doing three strenuous dancing shows daily. In a short time I was in first-class shape.

That's alright for you, Stanley, but what about that little girl? It amazes me that his name doesn't turn up a few police reports from Google, but I guess those vaudeville guys were pretty crafty (not to mention "tight").
Posted by Adam Thornton at 7:46 AM